Here’s an interesting bit of news I caught from Tech Republic earlier this week:

Today Google announced their Chromebox for meetings. Essentially it is a beefed-up i7 ASUS Chromebox that is supposed to make it easier and simpler to hold meetings with Google+ Hangouts, especially in offices and conference rooms.

Here’s the rest of the announcement, broken down:

So awesome, an inexpensive conference room solution for modern video conferences, but why only for Google+ Hangouts? (I mean other than that it’s Google) If your company uses a lot of cloud services aren’t you likely to use different conference solutions too? Skype, GoToMeeting, Join.me and the like. Even if your company has embraced Google Apps for Business are all of your customers and conference participants going to want to use Google+? What do you think it will be like giving Google+ Hangouts instructions to someone who hasn’t used them before?

As an alternative, Logitech has a neat line of office accessories for companies including two conference webcams. One of them is a portable upgrade from your built-in laptop camera, for $249: 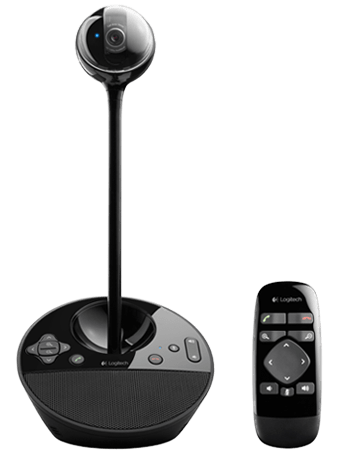 The Logitech BCC950 has a sturdy base, extendable neck for better lens height, a remote control to control calls and move the lens, and a 360 degree speakerphone. It’s portable enough to make it easy to lend out to co-workers and use it in different rooms and it can be powered by a powered USB port or a power outlet.

They also have a more expensive but more robust option for larger conference rooms, the CC3000e. This can run off of a participant’s laptop or a dedicated conference room computer. Frankly I find these more exciting to use for designing your conference rooms.